This is a record of our well-attended Democracy in Danger event on Thursday 20 January. Unfortunately the tape was not running for the introductions and so I paraphrase in this summary.

Molly Scott Cato, (Greens) talked about her work to research and then to raise awareness of the rise of fascism in the UK. She cited the evidence of this government’s repressive agenda and drew attention to the assaults on our key institutions – the courts, the BBC etc. She is very concerned about structural impediments to true democracy. Our polite, forelock-tugging attitude to our system of government and politicians and our faith in the ‘good chaps’ approach to politics and the ‘mother of all parliaments’ guff which made us complacent about an unwritten constitution, have all made it easier for abuses of democracy to occur. Johnson’s reign has made it absolutely clear that the checks and balances are just not there.

For more information on the direct parallels with fascism you can access the slide presentation from Molly’s Fight Fascism tour here.

Naomi Smith of Best for Britain spoke about the campaign to amend or defeat the most egregious elements of the various draconian bills going through parliament. She highlighted the defeat of all Patel’s last minute amendments to the Policing Bill. The amendments to allow demonstrations outside parliament and across the whole Westminster estate were proposed by Best for Britain and tabled by crossbench peer Lord Colville, making this an extraordinary victory for a third party campaign body. If Patel had had her way,in an astonishingly anti-democratic move to quell dissent, no march or demo could have been held anywhere near parliament.

Naomi then alerted us to the imperative to remove the egregious plans to strip British citizens of their UK citizenship if they have a second passport or even the possibility of having another passport – a drastic clause in the Nationality and Borders Bill. She asked that people sign this petition and write to your MP. It is not futile; it is vital to do so! She gave the example of Nadine Dorries claiming that she had had no emails from her constituents on the partygate/blackmail scandal; Best for Britain contacted people on their database in her constituency and flooded her inbox. Take that, Nadine!

Please join with us in following and supporting Best for Britain’s campaign to defeat/mitigate these appalling bills. It is now clear that coordinated action has real power.

Peter Jukes, Byline Times, endorsed the previous panellists and added his concerns about the levers on power exercised by a press owned by oligarchs, the prevalence of corruption and cronyism in this government and the move to a kleptocracy. Agreeing with Molly about the illusion of honour and integrity in politics, he pointed to the rise of Boris Johnson as the evidence of a system gone badly wrong, with a party prepared to select and back a man known to be an inveterate liar and betrayer of trust because they wanted to take advantage of his populist appeal. Many were seduced into voting for someone they thought amusing or relatable or whom they envied for his ability to get away with appalling behaviour. He was the politician people though they could have a beer with…

Richard Murphy, academic and blogger on politics and social justice, agreed with his panel colleagues. He, too, believes that the UK is under attack from fascists, the Conservatives having morphed into a far right party of the ERG and UKIP, happy to shed experienced and moderate MPS like David Gauke, with whom he now finds himself in sympathy in his criticisms of the Johnson regime. Richard said it was his deep anger at the lies, corruption and threats to democracy that drove him to write “three blogs before breakfast” every day coupled with his determination to see the implementation of electoral reform and true representative democracy.

You can read Richard’s article on the 14 characteristics of fascism here.

Now to the video of the question and answer session of the evening, in which the panel discuss :

Having watched the video, maybe you, too, feel more determined to speak out against this increasinlgy repressive regime and its sponsors and advocates.

Here at West Country Voices we hope to provide information and insights that will help more citizens to engage in the fight to save democracy. It’s a work in progress, but we are developing a resource to help the campaigners amongst us, new and old alike. Please help us by sharing our articles and by submitting information on campaigns, organisations and events for our new Campaigns page. We have a lot to do, but we are beginning to pull together and, together, we can prevail. We must.

Ramp up the action! Our new page collating the resources to help you make a difference 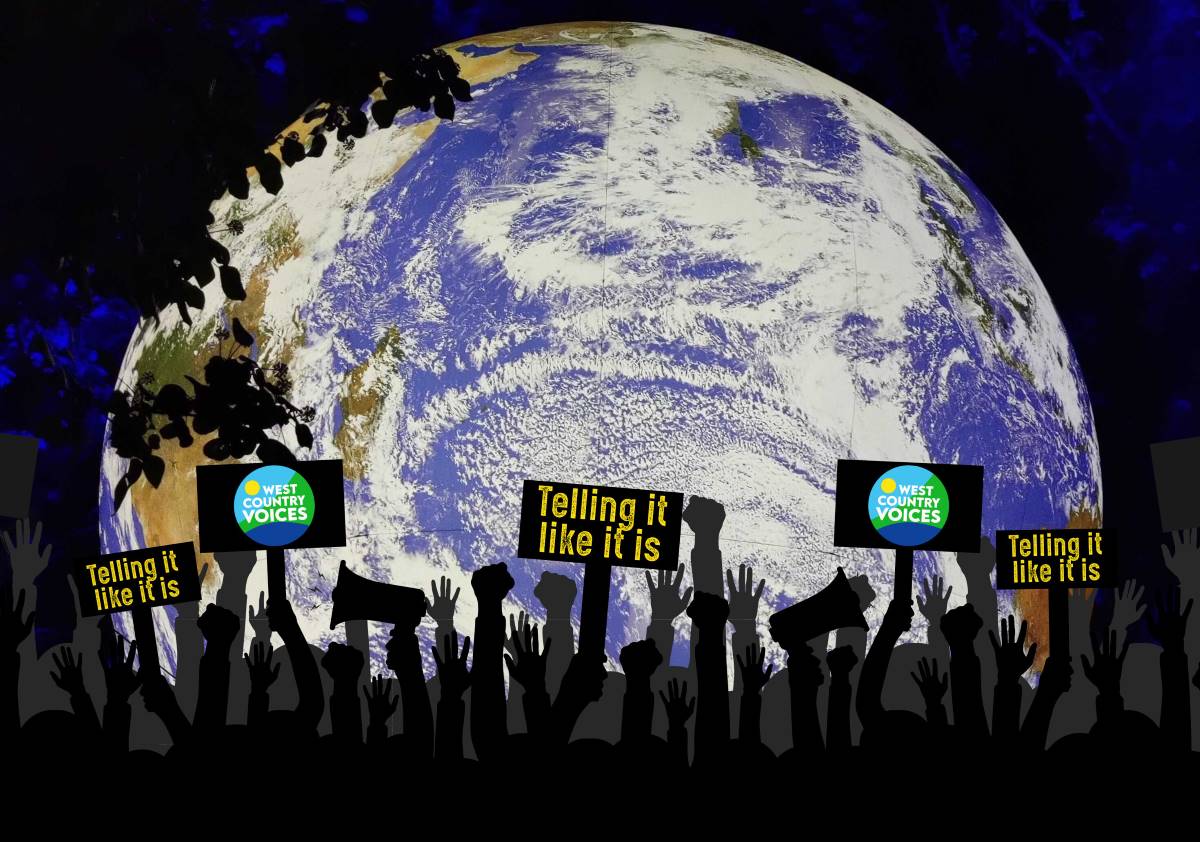