“My small business is in ruins and I see no way out.” An update

More than a year ago we published this article about two small businesses being ruined by Brexit. We now have an update from the second of those profiled – Steve Shovlar. Over to you, Steve. (Oh, and just to explain, ‘Sir’ Steve references the ludicrous award of a knighthood to Gavin Williamson, a serial failure as a minister but holder of dark and damaging secrets/kompromat, allegedly. With knighthoods rendered worthless, many helped themselves to the meaningless title by way of protest.)

“People wonder why I am anti Brexit. Because it wrecked my business almost overnight. I am a UK based art dealer who sells to thousands of customers across the EU. 99 per cent of my customers are EU-based and before Brexit their location was no issue…it was just like selling to a customer in Hull.

But after Brexit, it fell apart. Instead of taking four days from the UK to a customer receiving in, say, Naples, it takes up to four weeks. Instead of sticking on a label and posting, I have to fill out multiple invoices and customs declarations.

A parcel costing £14 inc VAT to Italy before Brexit now costs £22 with no VAT. Instead of a customer receiving the painting and hanging it on their wall, they receive a customs notification demanding import duty, handling fee and 20 per cent VAT before they get it. Approx €230 extra for a €1000 item. Before Brexit they paid nothing.

So I have long delays and a mightily p*ssed off customer at the other end. Customer says they love my paintings, but never, ever again will they buy from the UK. Lost customer and nothing I can do. To those who say I have the world to trade with…I always have had.

Brexit has wrecked small businesses trading with Europe. Why on earth would an EU citizen buy from a UK business when it entails extra expenses and delays? Brexit has made trading with our closest customers extremely challenging and I am sure I am just one of many thousands who have had the heart ripped out of what was once and very successful and lucrative small business.

Shame on those that think Brexit is ever going to be a success. #Brexit has failed. Brexit isnt working Brexit is a shambles.

“My £1m UK small business is in ruins and I see no way out. Tried everything, feel utterly powerless. Trade with EU virtually impossible. This was so predictable and predicted. Bastards!“

This is the tweet that could be sent by thousands of small businesses up and down the land. It is the tweet that should make this government and those behind Brexit hang their heads in shame….and then do something to put right this catastrophic wrong, instead of sending in bully-boy Frost to make it all worse.

What frustrates and horrifies us is that the government is spending taxpayers’ money to try to convince you that these problems are a) non-existent, b) if they exist, they are mere teething problems and c) they are all the fault of the nasty EU. None of these is true.  Instead, real people are having their lives and livelihoods wrecked and their stories swept aside by the propaganda.

We cannot let this become the new normal. These small businesses are the backbone of our economy and communities.

Matt Gryspeerdt, the author of the tweet, explains what Brexit has done to Amber Violins and why it has driven him to despair.

“The problem area is UK/EU customs delays and inability to follow their own rules. I try so hard to do the correct documentation. Some very valuable goods are stuck at customs for up to a month, and what used to take three days is regularly taking two weeks and I pay the import VAT at 20 per cent.

I cannot reclaim the VAT back for up to three months because HMRC are so behind with registering businesses for VAT offset. At present I am owed over £15,000 in VAT to reclaim at the end of my VAT quarter.

Also, I need to send my own very valuable pieces of stock to Paris and to Brussels for certification and return. This seems to be impossible. French customs cannot understand temporary import. £50,000 of antique violins have been sitting in a case at a FedEx depot for two weeks now, and it’s impossible to communicate with FedEx or customs.

It’s a nightmare of worry! Without certification and the speedy passage of stock bought and sold to the EU, I cannot continue business as before. It is now easier to send goods to North America and Asia than to the EU.

I buy from private individuals in France etc. I organise all the documentation for them to send to me but there is no incentive for employees of DHL, UPS, Chronopost etc in these countries to learn to do the documentation correctly. Understandably, they think that is our problem here in UK. The tragedy is that I cannot see things improving for years, if at all. So I do less business, pay less tax, employ fewer staff.”

Steve Shovlar, based in Poole, wrote to WCB to illustrate how Brexit is wrecking his business:

“My business has been badly affected by Brexit. I am an art dealer, who deals in affordable 18th and 19th century oils and watercolours for the international market. 99 per cent of my buyers are based in the EU. I sell approximately 30-50 paintings a week. I am a one-man business. I buy at auction, clean, photograph, list and sell on a very large European based auction site called Catawiki. Think of it as an upmarket ebay with wealthy bidders.

For the last 4 years business has steadily grown and I had built up many regular customers, some purchasing from me virtually every week.

The payment would come in from a buyer in Spain, for example. The painting would be packed and dispatched the next day, arriving 3-4 days later. It was the same as posting from Bournemouth to Manchester. Simple, reliable, no hassle and everyone happy. Not anymore.

I posted 14 parcels out a week before Christmas. Not one of them made its way to its customer. Delays caused by stockpiling and Christmas mail meant that all failed to reach their destination country before January 1st. They were all refused entry at the border and returned because there were no relevant customs invoices. I am still waiting for two parcels to come back.

So I sat out the first week in January, then started sending parcels again, with relevant invoices and all that was required to get the parcel to the buyer. But DPD, Parcelforce, UPS and others had been given no time by the Johnson regime to test that their systems actually worked. The parcel service collapsed, with DPD suspending its service after EU customs agents again refused all parcels. Again, I have parcels from early to mid-January still not returned to me, costing me lost sales, goodwill from the customer and my turnover being trashed.

Last year a buyer could buy a painting and have it hanging on their wall a week later. Today, delays on parcels between the U.K. and the EU vary from 4-7 weeks, unless you chose an expensive premium service. But now the customer is chased for import duty, handling fees, and worst of all in my case, VAT. On an antique. There is no VAT on antiques, but it seems there is now, even though it’s written on the invoice that the item is over 100 years old. If a buyer spends €1000 on a nice little painting, they have to fork out up to an additional €230 before it is delivered. [Editor: this is because we now have third country status as a consequence of the ‘deal’ ‘negotiated’ by Johnson, Frost et al] Outrageous. How can I sustain a business where formerly happy customers are disgusted and driven away?

And as a side issue, if the duty is not paid within 48 hours, parcels are returned to sender. Dozens of customers have failed to check their email resulting in a parcel starting its long, time consuming journey back, and another lost sale and refund.

The couriers are now telling us the severe delays will eventually ease. Fine. But what about all the extra charges, the duty, the handling fees.

Johnson’s regime has given us the worst possible Brexit. There are no redeeming features, no unicorns and rainbows. No sunlit uplands. And no chance of mightily prospering. There are plenty of small businesses completely wrecked, with stressed out and frustrated owners wondering why anyone with a brain would have voted for this nation wrecking fiasco.

These businesses need our support. Please write to your MP and urge them to press the government to, at the very least, rejoin the customs union and, preferably, the single market as well. It can be done. And it must be done if these businesses are to survive and thrive.

Trading the orchard for an apple 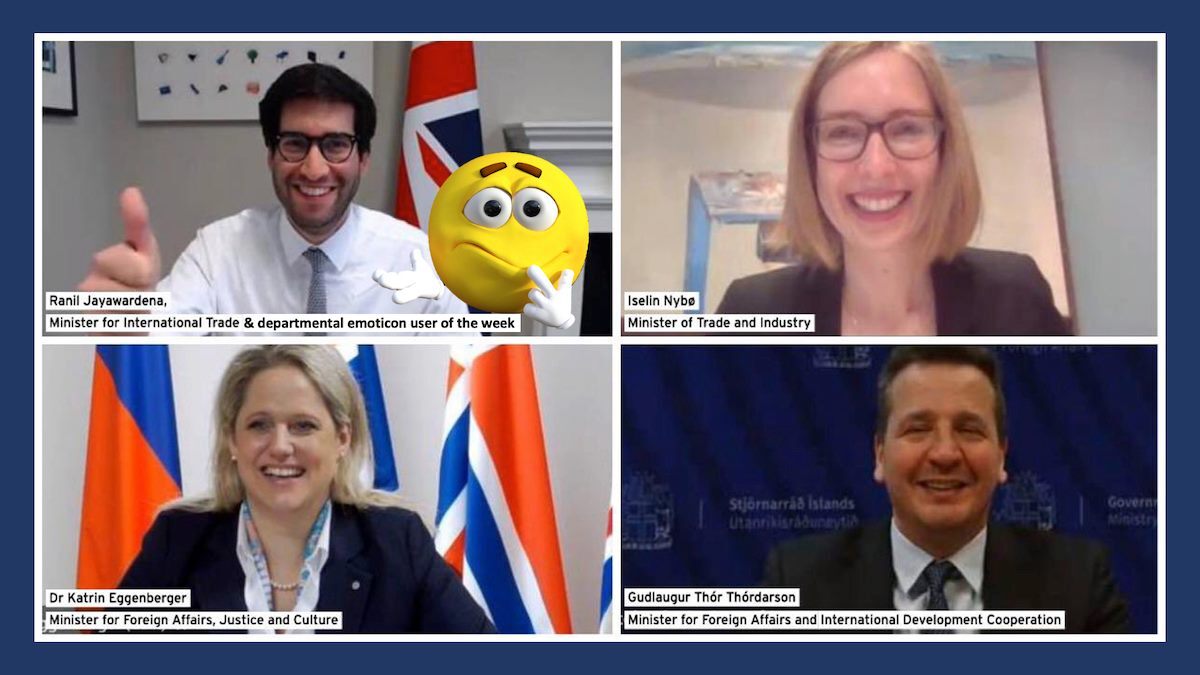