Where are the police when you need them? Letter to the editor

Andy Steel, from Devon, believes police failed to act appropriately when their urgent help was needed:

Just because you live in a hidden, rural village doesn’t mean you can escape hit-and-run drivers. Not long ago a 17 year-old with a chequered motoring history ploughed into the front of my parked 1.8 tonne Land Rover with such force it was moved back almost ten feet.

When my insurance’s recovery service arrived at the accident scene the following morning – directly outside my home – they reckoned the driver had been travelling between 40 and 45mph at the point of impact. I am in a 30mph zone. When asked what the police’s opinion of the incident was, I replied: “They never responded to my 999 call and I still can’t get hold of them on 101”.

It appears I’m not alone. Almost everyone I’ve spoken with since the crash has experienced the same poor response from the police in recent times.

While I phoned 999, in a state of shock and panic, village neighbours kept a watchful eye on my destroyed vehicle (which was facing towards the middle of a narrow road), helping to ensure passing night-time traffic didn’t cause a second collision amid the oil and smashed glass. My request for police intervention was treated with such nonchalance and unresponsiveness that it left me feeling unsure what to do.

The driver hadn’t stopped at the scene of the accident, meaning he was breaking the law (a driver involved in an RTA collision must stop to provide insurance details within 24 hours). And, because he had fled the scene, I had no leads to move on other than the vehicle’s escape route and neighbour’s vague night-time description of “a dark, speeding hatchback”.

While the direction taken by the hit and run teen was known to me from the outset (it has since come to light the motorist had been a suspected drink-driver), both of his headlights were found near my vehicle the following morning – with leaked fluids from his car showing approximately where he came to a standstill on a country lane less than a mile away. Not only could he not have seen where he was going, his engine was at boiling point.

Had police despatched a vehicle within 25 to 30 minutes of my emergency call, before the offender’s terminally damaged car was, allegedly, recovered by an unknown person, there’s an excellent chance they’d have caught him in the act. Because they didn’t, I felt compelled to call 999 a second time to request police assistance. This was again dismissed as non-important, despite the obvious alarm in my voice.

And it doesn’t stop there. The following days saw me trying to locate the escaped driver, leaving me in desperate need to file an NCRF (National Collision Report Form) police report via 101 to get the assistance I needed. Having wasted two unsuccessful attempts to speak with an officer – each call leaving me waiting on the phone for over an hour – I eventually got through to someone only for the call to be terminated immediately because the operator had mistakenly transferred me to Avon and Somerset Police instead of the correct Devon and Cornwall Police switchboard.I needed my insurance indemnity policy to kick in to get me a replacement vehicle (I can’t work without a 4×4 because of the demands of my job), so I took it upon myself to visit a 24-hour manned police station just across the border in Somerset in the hope there might be an officer or PCSO on hand to assist.

Two days following my no-fault collision, I eventually contacted an officer out of my county’s jurisdiction who called through to my local station for someone to meet me there so I could file a report – and show them the pieces of the culprit’s car by way of evidence.

Since this time, I have received nonsensical messages from police 101, a clear indication its central crime office has failed to communicate the correct, time-relevant information to the officer to whom I provided evidence and filed an NCRF report. This hasn’t helped my cause.

In the end, I played detective via the increasing power of social media to find the culprit and, in doing so, did the very job the police are paid to do. In common with every UK citizen who has paid taxes for most of their working lives, I expect better. It’s telling that people in my local community haven’t been at all shocked at the poor police response. Their lacklustre and indifferent reaction to crime is all too familiar among those I have spoken with. Disappointing, to say the least … but, worse still, not even surprising or unusual.

The V5 scam – why aren’t the police or the DVLA bothered? 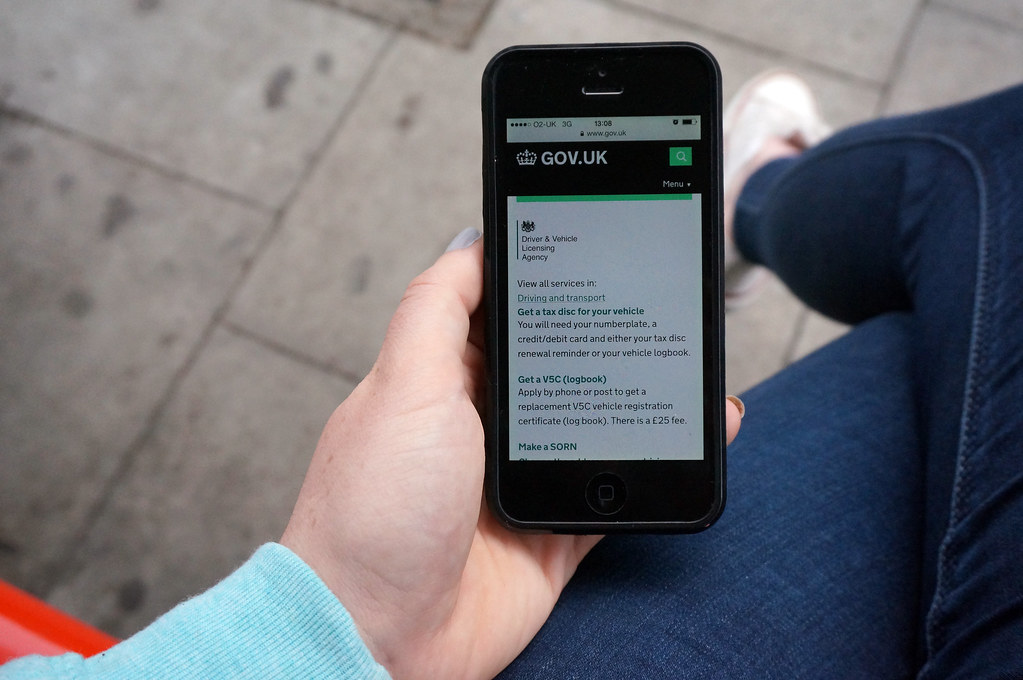